Gravity does Not apply

Exploiting the physical space as the media with which different sound sources are linked, this performance brings the acoustical resonant space of the inside of a snare drum around the audience. Unfolding the instrument allows the performer to work on tiny musical gesture so that the audience will live the illusion of being surrounded by the hands of the musician. Different amplification perspectives will eventually enhance or distract the audience's focus on or from the musician. 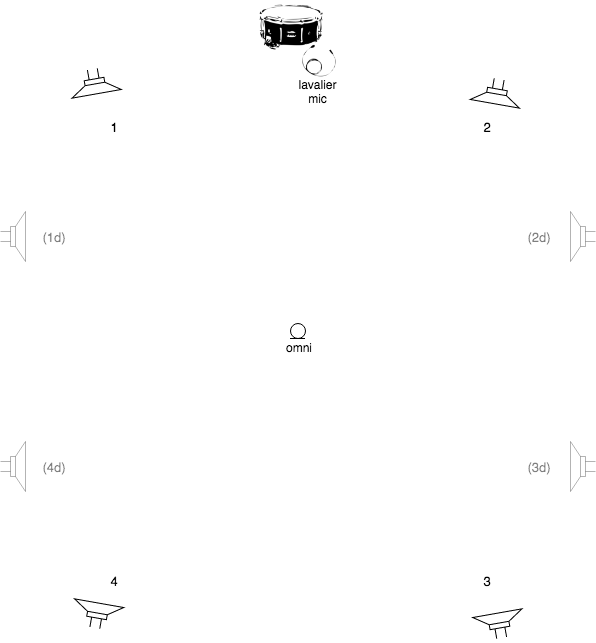 The audience should be placed inside the loudspeaker ring. The lavalier microphone has to be placed inside the vent hole of the snare drum, so that its capsule fit just inside the drum. The omnidiractional microphone should e place in the middle of the audience (using a mic stand at maximum height), so that it is approximately equidistant to each loudspeaker. By default the patch outputs a 4 mono signals. According to the concert venue the performer could decide to duplicate each or some tracks trying to keep the original listening perceptive